To better interact with users, a social robot should understand the user behavior, infer the intention, and respond appropriately. Machine learning is one way of implementing robot intelligence. It provides the ability to automatically learn and improve from experience instead of explicitly telling the robot what to do. Social skills can also be learned through watching human-human interaction videos. However, human-human interaction datasets are relatively scarce to learn interactions that occur in various situations. Moreover, we aim to use service robots in the elderly-care domain; however, there has been no interaction dataset collected for this domain. For this reason, we introduce a human-human interaction dataset for teaching non-verbal social behaviors to robots. The sample data can be downloaded below and the python scripts to view sample data are available for download at https://github.com/ai4r/AIR-Act2Act.

Our dataset has the following strengths:

We asked participants to perform each scenario five times. Each interaction scenario is defined as a pair of coordinated behaviors: an initiating behavior performed by an elderly person (E), and a responsive behavior performed by a partner (R). The initiating behaviors consisted of eight greeting behaviors and an additional two behaviors of high-five and hit. The responsive behaviors were designed so that, when performed by service robots, they would be acceptable to people as natural and humble reactions. Since we did not instruct the participants to act in an exact pattern, there were large variations in intra-class action trajectories.

Our interaction data were collected in an apartment and a senior welfare center where service robots are likely to be used. For each scenario, three cameras were set up at the same height; however, were positioned to capture different views. Two cameras were placed next to each person to capture the behaviors from the point of view of the other person. The last camera was placed in a position where both participants were visible in order to gather information of the participants relative to each other. The position of each camera was adjusted each time to take into consideration the movement range of the participants. In total, the entire dataset has 5,000 interaction samples with three different views, where each view lasts for about 6 s. 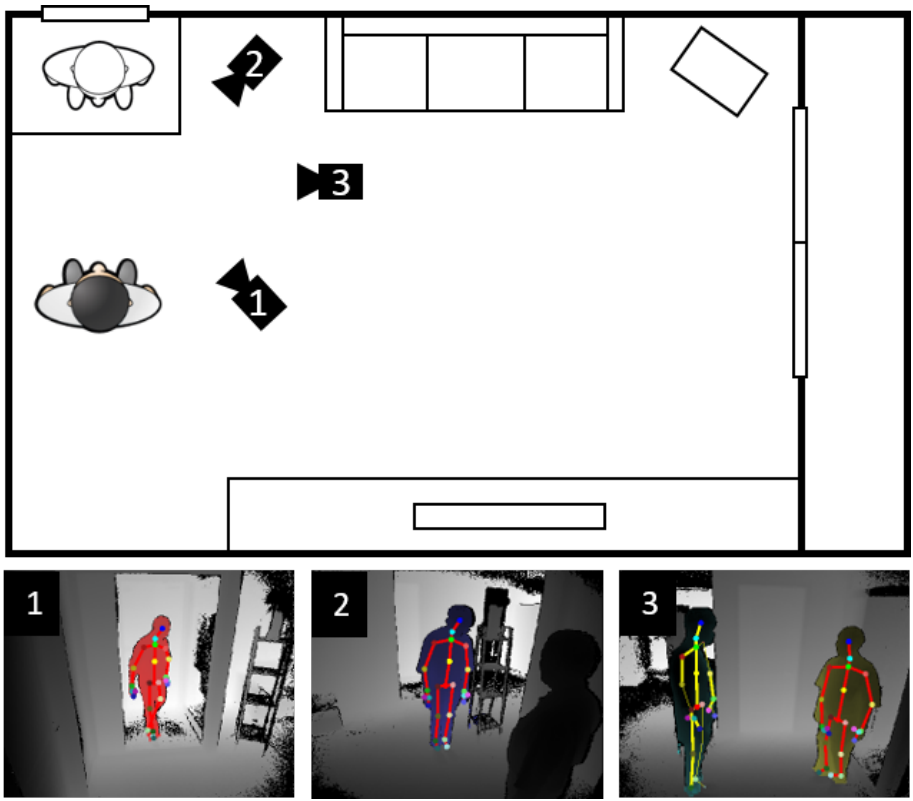 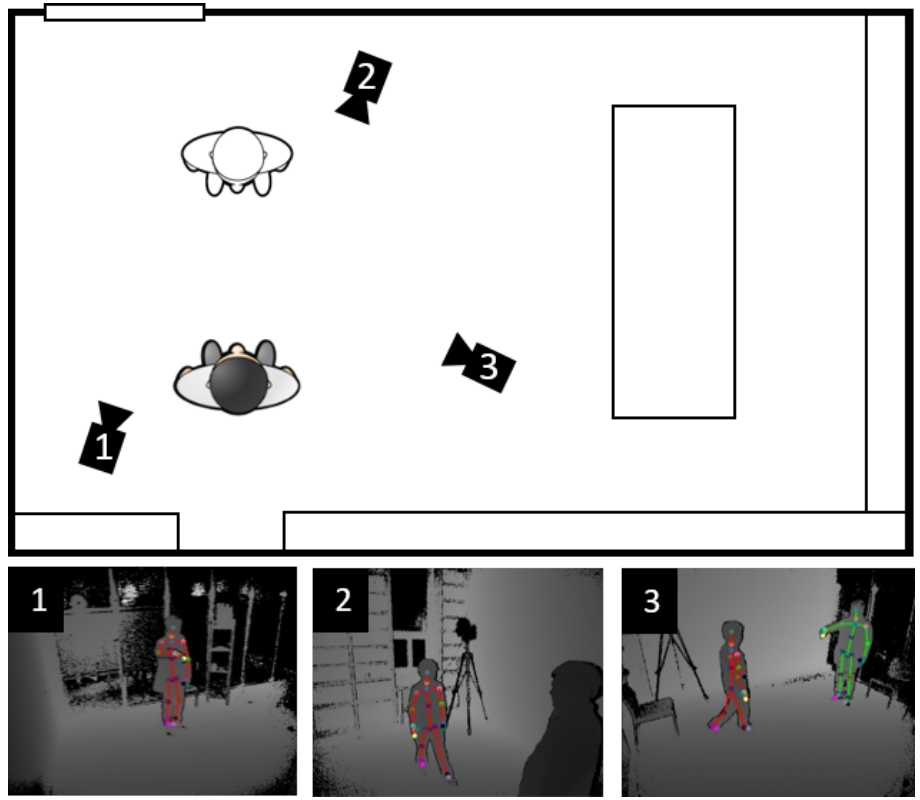 All documents and papers that report on research that uses the AIR-Act2Act dataset should cite the following paper:

Please email wrko@etri.re.kr if you have any questions or comments.

The protocol and consent of data collection were approved by the Institutional Review Board (IRB) at Suwon Science College, our joint research institute.

This work was supported by the ICT R&D program of MSIP/IITP [2017-0-00162, Development of Human-care Robot Technology for Aging Society].